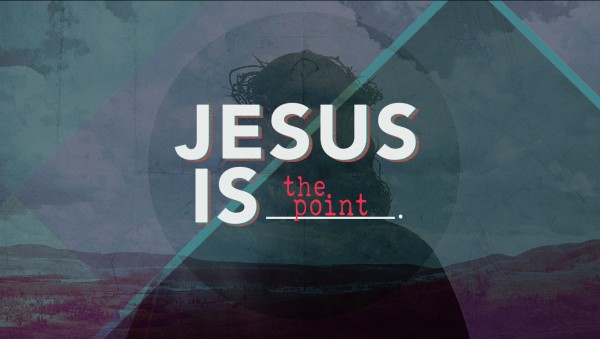 If we fail to remember this, we are doomed to misinterpretations and misunderstandings of Scripture. Jesus – His cross, His blood, His love – is the point. Why does this matter? Because if forgotten, we tend to pull passages out of their context. Our upcoming passage in Romans 5:12-21 is a perfect example.

As you’ve learned from past episodes, context is a critical component in hermeneutics (interpreting the Bible). Knowing, for example, the definition of a word is important. But how that word is used in context ultimately determines its meaning.

Romans 5:12-21, our next section of study, is a passage that is infamously known for being taken out of its larger context. What is the larger context? The comparison that Paul is making between the law-system and grace-system for salvation. He has compared them head-to-head (Romans 1:18-3:20). Abraham is used as an illustration and pattern to follow (Romans 4). And in Romans 5:1-11, Paul shows us how Christ’s death, while we were still enemies of God, is proof of His continued power to protect us.

To protect us until when? Until we completely receive the fullness of our salvation in glorified bodies – united with our justified spirits. God protects us by His power through our continued faith in Christ’s blood (1 Peter 1:5). We can be certain of our assurance of salvation because of what God has done “while we were yet sinners” (Romans 5:8).

The All-Sufficiency of the Death of Christ

The point continues. In Romans 5:12-21, Paul continues to draw comparisons between law and grace. More specifically, he draws a comparison between what Adam brought into the world through his sin and what Jesus has brought into the world through His death. It is a comparison between “one transgression” and “one act of righteousness” (Romans 5:18). And as always with Paul, Jesus is still the point!

Failure to recognize and remember the larger context and the argument Paul is making through contrast and comparison will result in bad theology. And as you know, Theology Matters!