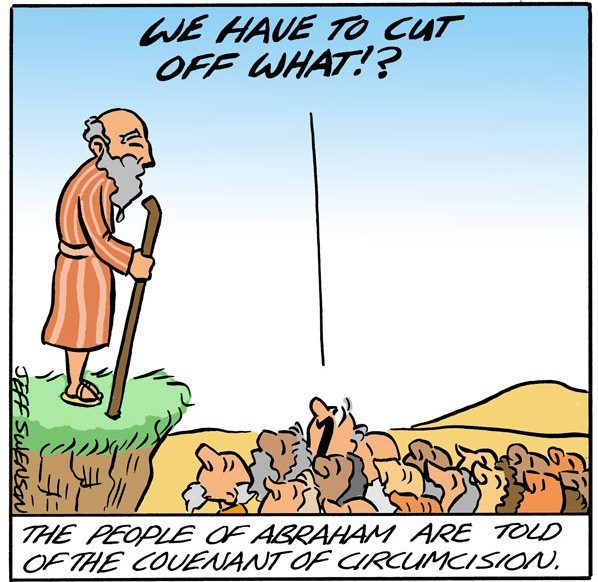 Membership In Abraham’s Family is By Faith

Paul has established – through the OT Scriptures – that Abraham is the quintessential example of justification by faith. First he cites Genesis 15:6. Then he cites David from Psalm 32:1-2 to describe what this means. Last time we discussed how (in Romans 4:1-8) justification is by faith apart from any consideration of works.

Now in verses 9-12, still using Abraham as the example, Paul says justification by faith is apart from any consideration of circumcision. Yes, Abraham is the father of the nation of Israel, physically, by means of being circumcised first. But he is also the father of “spiritual Israel” by means of his faith. Okay, but why the focus on circumcision?

Paul counters this argument by again referencing Abraham. The Scriptures clearly show Abraham’s faith credited as righteousness before he received the sign of circumcision, not after. In fact, 14+ years before. Meaning, Abraham was in fact a Gentile when his faith was credited as righteousness. The Jews have not only misunderstood the covenant sign but have also failed to clearly understand when and how Abraham was saved. This reality makes it clear that faith in God – whether held by Jew or Gentile – is effective unto salvation for both.

Study Romans From the Beginning By Clicking Here