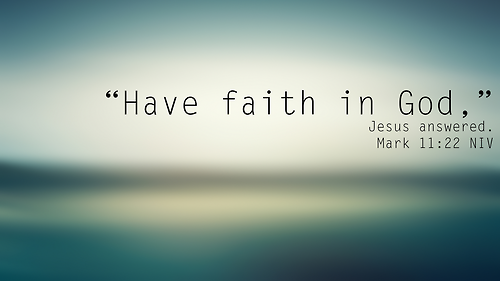 What is faith? Is faith simply believing? If so, believing in what? In Who? What does it mean to live “by faith?”

Over the past month of being away from the podcast mic, I’ve come to a couple of key conclusions . First, I believe I  may have made a mistake in trying to “straddle the fence” between being too preachy and focusing on Scripture and trying to appeal to those who don’t believe. The truth is, nearly all of my clients have been and are believers. They are Christians. I make the assumption that a fair percentage of my podcast listeners are unbelievers. This may or may not be true. I have concluded however, that the result of my fence straddling has only resulted in a sore backside. This is something I’ve written about and discussed on previous occasions.  I need to follow my own advice.

The second thing I’ve concluded is that too many “Christians” don’t know what their faith is in. We are taught to “walk by faith” and to “live in faith” but do we really know what that means? Faith is more than simply believing. There is an object of that faith. There is something – Someone – specific in whom we are to have faith. Simply “believing” won’t get it done! Based on these two conclusions I’ve decided to focus attention on Scripture specifically. At least over the next little while.

Romans is a book of the New Testament that lays out myriad truth about key elements of the faith. In this episode I address the primary object of our faith. Romans 4:3 tells us that Abraham’s faith was in God…He believed God, and it was credited to Him as righteousness (NASB – emphasis added). He didn’t just believe – he believed God – specifically! There is something significant about that. This is where we start, actually it’s the second part of where we start. The first is a presupposition – a base from which to build – that the Bible is the Word of God. If we want to know God, hear from Him, and determine His will, we need go further than to read His Word.

We get more into this later but this episode lays out a bit of the basis from which we build over the next several podcasts. We will be going through the book of Romans, verse by verse. So, get your Bible out, your notebooks ready, and your pencils sharpened. I think you’re going to learn a lot.