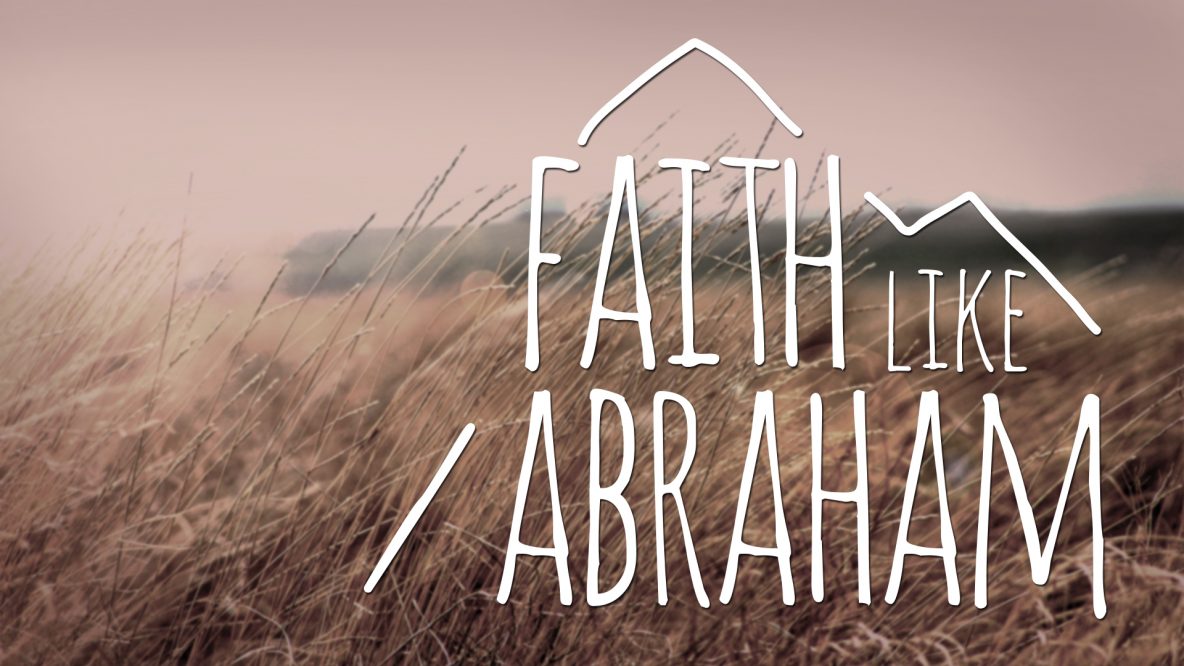 Faith like Abraham. That’s what we are to have. Faith like Abraham. This is the point of Romans 4:17b-25. If Abraham’s faith was credited to him as righteousness and we can have that same justification, what kind of faith do we need? Paul’s answer is to just duplicate the faith of Abraham.

Standing On the Promises of God

Abraham’s circumstances – being an old man of 100 and having a barren wife – did bode well for him having children. And yet, this was God’s promise. Abraham and Sarah would have a child. And not just any child. But a child who would continue to have descendants to the point that Abraham would be the “father of many nations.” Hardly seemed likely. In fact, he and Sarah both laughed when they heard it.

And yet, in spite of the seeming reality of his situation, Abraham believed God and trusted in His promises. And it was more than “simple” belief. Abraham not only believed and trusted in God’s promise, but also believed in His power to actually accomplish it. This is the God who “gives life to the dead and calls into being that which does not exist.” That’s pretty powerful!

This kind of faith – in this God and His promises – is what was credited to Abraham as righteousness. Paul uses this to illustrate the kind of faith we are called to have if we want to be justified. Specifically, that this same God raised Jesus from the dead. Not only that but He will raise us from the dead as well. Both spiritually and physically.

Sure Abraham was aware of his situation. Of course he realized the odds. He even struggled at times but the fact that he “did not waver in unbelief” is the key. Even though years went by after the promise without any hint of it happening, the promises were enough. Faith like Abraham is a faith that says, God’s promises are enough.

The awesome thing is that we have more than just promises. We have the ability to look back through history and see the legitimate fulfillment of God’s promises…in spades!

Abraham was fully persuaded that God had both the power to do what He promised and also the will to do it. Do you have that kind of faith? If you do, it’s a faith that will justify you, just as it did Abraham.

Study Romans From The Beginning By Clicking Here