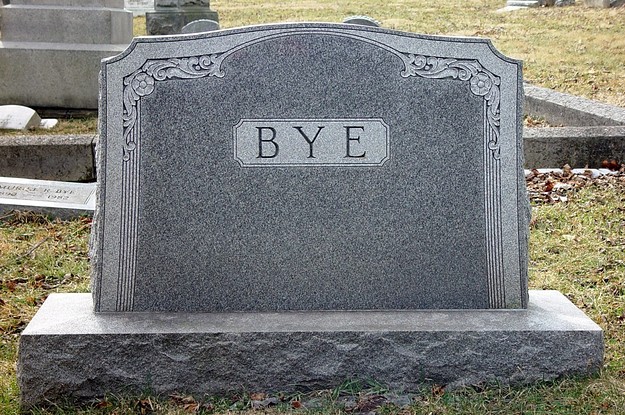 Being “free from the law” has everything to do with understanding what actually died. When you were crucified and buried, what died? Your “old man” died…your old nature. Now, you’ve been resurrected, born again, and regenerated. You’re a new creation in Christ. You are God’s workmanship. You have a new nature.

Law Has No Jurisdiction Over the Dead

In Romans 7:1-6, Paul uses the illustration of a married woman being married to another man (i.e. bigamy; having two or more husbands at the same time). He says the law only has jurisdiction restricting this second marriage only so long as the first husband is still alive. (Paul is not discussing the grounds for marriage, divorce, or remarriage.) If the first husband dies, the wife is released from him “under the law” and is now free to marry another man. The law only has jurisdiction over the living.

In context, Paul is referring to our own death and burial (Romans 6:4-6) in Christ. The laws jurisdiction – its ability to impose a penalty – ends when we die. Since we “died” in baptism and our “old man” was buried, we are now new (i.e. born again) and free to “marry” another. In this sense, we are now united a new husband…namely Jesus. (Consider the analogy of Christ the Groom and the Church the Bride of Christ.)

We now have a “new husband” to follow and to lead us, Christ the Groom. We have been set free of the “first husband’s” jurisdiction over us and are now free to “re-marry.” Our “new husband” is good, gracious, and loving in comparison to the first. The first was a tyrant, a slave master, and a heel. We served him out of fear and under penalty of hell. Now we serve from the heart, out of willingness and want-to, desiring to please the One who loves us so.

Many read this passage, and the verses following, and wrongly conclude it to be a discussion about two opposing natures. In fact, the translators of the NASB wrongly place the heading, “The Conflict of Two Natures”, above verse 14. This is a common but false view.

We do not have two natures. At least not at the same time. Our “old nature” was polluted and corrupted by our personal sin. This was the “old man” who was crucified, died, and was buried in our Christian immersion (Romans 6:3-7). That “old nature” died and was replaced – regenerated and born again – as a “new nature” willing and able to obey. Thus our battle is not between two natures but between one new nature and our “old flesh.” This perspective can be a game changer when it comes to understanding how live a successful Christian life.