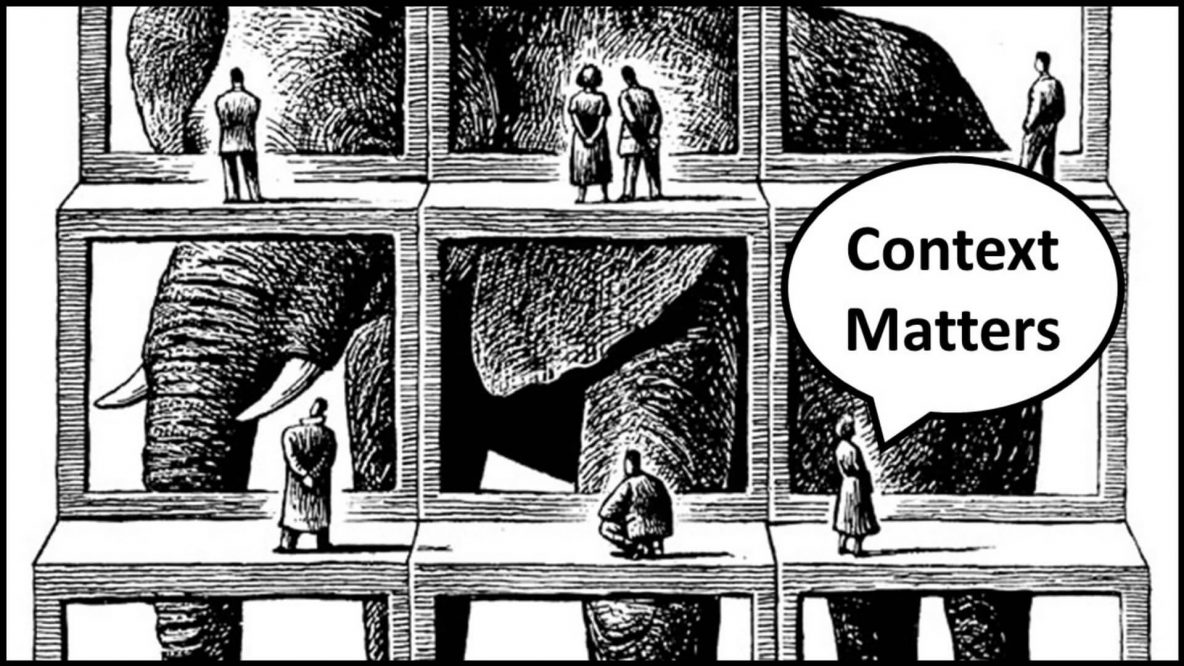 The context of a statement, a soundbite, a headline, or a verse of Scripture is critically important to rightly interpreting and fully understanding. In an age of provocative headlines, Twitter statements, and sensational news headlines, it is increasingly important to know the setting. Too often we are guilty of judgmental attitudes, condescension, and mistrust of others based solely on a single statement. Or worse, only a few words.

Bob Knight – At It Again!

Case in point – a headline quote from former Indiana University Men’s Basketball Coach, Bob Knight – “I don’t respect John Wooden.” On the surface, that sounds pretty offensive. After all, Coach Wooden (former UCLA Men’s Basketball Coach) is one of college basketball’s greatest coaches of all time. Not to mention the fact that he was a great ambassador for college sports and Christ. Coach Wooden is known for his demeanor – as is Bob Knight (though somewhat opposite) – his leadership, and his success principles. So hearing that another Hall of Fame coach thinks little of Wooden is quite a shock.

That is, until you begin to see the quote in context. It was made during an interview in which Knight was expressing his displeasure with the recruiting practices of UCLA during the 1970’s and ’80’s. Taking the time to learn the context of the statement, you soon understand that Knight was not speaking of his dislike for John Wooden specifically. His complaint was against the UCLA system and specifically a man named Sam Gilbert that participated in unfair recruiting. Gilbert, by the way, caused UCLA to forfeit their 1980 Championship and participation in the 1981 post-season. While Wooden may have or should have had some influence or control over Gilbert, Knight’s comments weren’t at Wooden specifically, per se.

This quote from Bob Knight only illustrates a bigger problem we have with not taking context into account. Whether it is for headlines, quotes, or more importantly, Scripture references. Too many people – preachers included – take verses out of context in an effort to support a particular viewpoint. It’s called confirmation bias and it happens when we seek only information that supports an already held position. Instead of drawing on as much information as we can and then making a right interpretation, we jump on the first assumption. This does little to help us grow and even less in helping us work with and understand others.

This episode addresses the critical importance of context in gaining a right interpretation.